According to the modern diagnostic systems, ASPD involves two related but not identical mental health conditions: Psychopathy and sociopathy. “Psychopaths” display hurtful actions & behaviours towards other people, filled with immense manipulation, calculation, and exploitation. They are cunning, and lack emotions, empathy, kindness, and compassion. Individuals with psychopathy can be deceptively humorous, charming, charismatic, and fun to be around. But, it is their tactic of manipulating and exploiting others. Psychopathy can be considered as an intense form of antisocial personality disorder. Talking about sociopathy, “sociopaths” are to some degree more able to form connections and attachments with other people as compared to the psychopaths. But still, they ignore and disrespect social rules and laws. They even tend to showcase more impulsive behaviour, and feel easily perturbed than the individuals with psychopathy.

The signs and symptoms of antisocial personality disorder involve:-

Each and every individual has a unique personality comprising of their thoughts, emotions, and behaviours. People perceive, understand, and relate to the outside world based on their own personality. It is one’s own personality that determines how someone views himself/herself. One’s own personality forms his/her thinking pattern, emotional aspect, and the way the person acts & behaves. Personality is formed during childhood, and is eventually shaped via biological and environmental factors.

Now, the exact cause of antisocial personality disorder is unknown, but certain genetic and environmental factors might play a role in the development of ASPD, such as:-

The Risk Factors of ASPD

Antisocial personality disorder can’t be diagnosed before the age of 18. For the diagnosis of ASPD, an individual must meet the following criteria:-

The treatment of antisocial personality disorder can be quite challenging, as individuals having ASPD rarely seek professional help on their own, because usually they are under the impression that they don’t need any help. It can be hard to evaluate the effectiveness of ASPD treatment in regard to the dealing of ASPD symptoms.

The therapist, psychologist, or psychiatrist usually tries a combination of psychotherapy and medication to treat antisocial personality disorder. 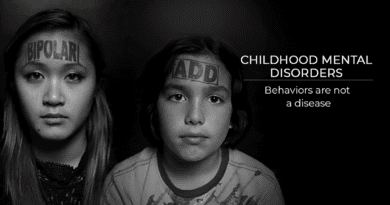